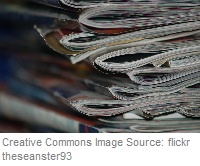 Wondering which IT channel trade publications small business VARs and MSPs should be reading? Here are 17 worthy contenders, organized alphabetically:

Which of these IT channel trade publications are your favorites? Did we overlook any other worthy contenders? Please share your thoughts in the Comments section below.